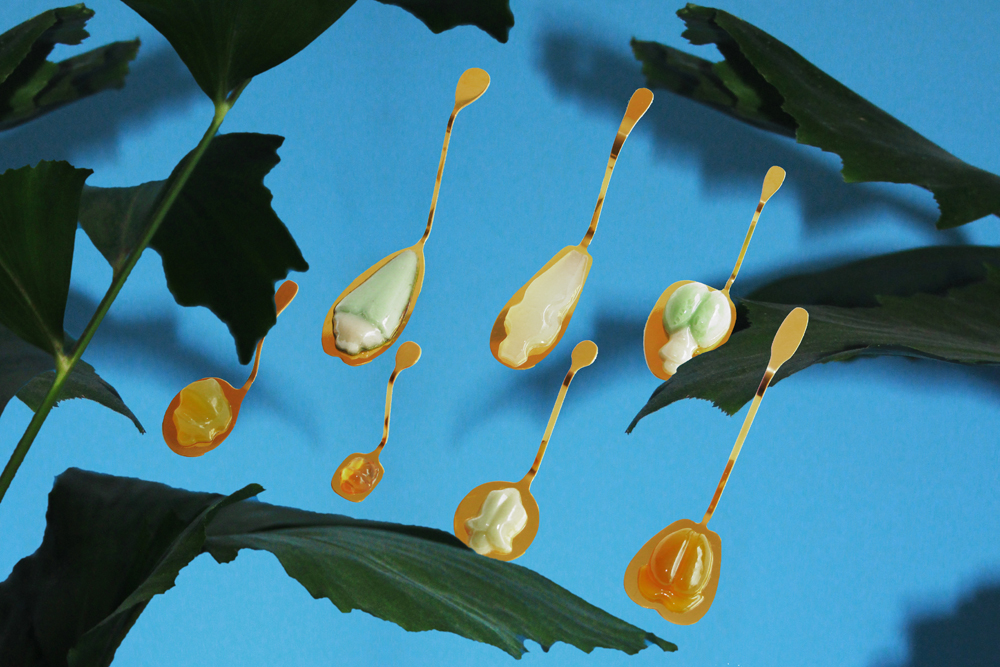 The confections from the Insectology collection were developed as a taste sensation and are meant to make the idea of consuming insects more appealing. Precisely because we in the west have an aversion to insects, but at the same time it would help alleviate food shortages if more people ate them, it is important for insects to undergo a change of image. So that you don’t actually have to eat the locusts, I have developed some basic ingredients which contain the essential taste of these insects, but which can then be prepared and served in different ways.

These basic ingredients consist of two broths made from locusts and paste made from mealworms. The taste of the broths varies both with the number of locusts added to the broth and also with the type of diet which the locusts have been reared on. The paste from mealworms consists of mealworms and white beans, which go through a process of being washed several times, then being soaked, cooked and sieved, this produces a velvety soft texture. Later other ingredients are added to this basic mixture, in order to achieve a refined and balanced flavour. The bonbons are then served on gold-plated spoons to complete the experience. 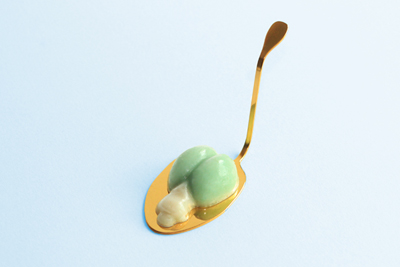 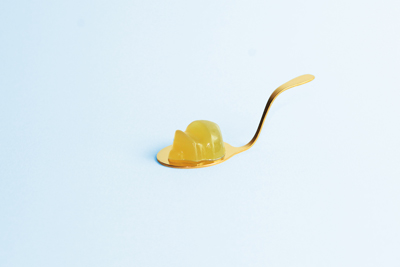 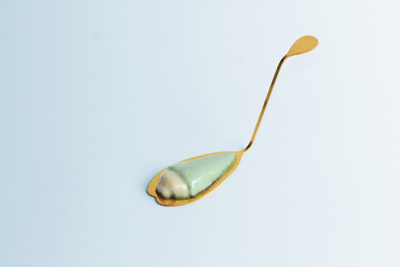